My Home Birth Stories With Pictures

here is another version of this birth story

‘Twas the night before Eden, when all through the house,

my contractions were coming but not very close.

The birth pool was out in my living room with care, 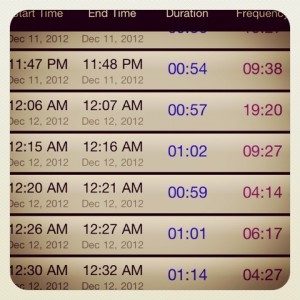 In hopes that my baby would soon be there.

My three year old, hubby and I went for a walk,

to see the Christmas lights up the block.

The walking did nothing to get into labor,

so I convinced my husband to have some “alone time” later. 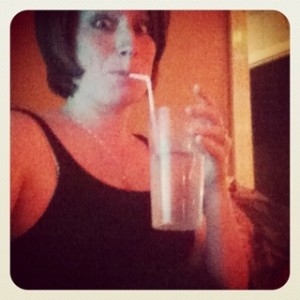 After that we watched an episode of Prison Break,

but soon decided that staying up would be a mistake.

I went to sleep for about an hour,

but a strong contraction threw me out of bed – would she come tomorrow?

I had some prodromal labor the night before,

and hesitated to call the midwife until it was hardcore.

The contractions were only coming every 5-6 minutes,

but the bloody show and intensity were making me wonder if I were in it. 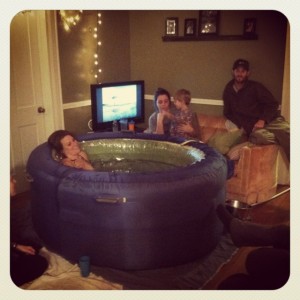 Matt and I decided that we were in it deep,

I started texting and he went to sleep.

The midwife came and checked me – I was 7!

I was so excited to meet her, I would soon be in heaven!

I got my IV of antibiotics in place,

while breathing and relaxing my face.

The pool started to get filled,

and I turned my heat up to avoid getting chilled. 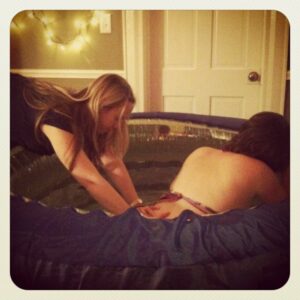 My family and friends started arriving,

and I stayed hydrated and kept on contracting.

I peed on the toilet and chatted with Denise,

while enjoying my labor with giggles and ease.

I got in the tub and boy was that nice,

but I felt that my labor progress was paying the price.

I got out of the tub and went to the bathroom to pee,

and did some side lunges to increase intensity. 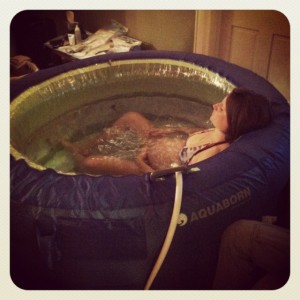 My three year old woke up to join the crowd,

and played with his aunties but wasn’t too loud.

I ate some banana and bread with honey,

My body decided to clean itself out,

and I shooed everyone out of the bathroom no doubt.

I took this as a sign of good things to come,

It was getting really difficult but I was still having fun. 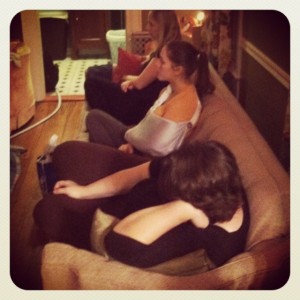 In and out of the tub I labored,

Eventually it came time for another dose of medicine,

along with a vaginal check to see if I was past seven.

Alas, I was only eight – could that be right?

That’s ok, I thought, I really wanted her born in daylight.

I knew I could probably hold out until then. 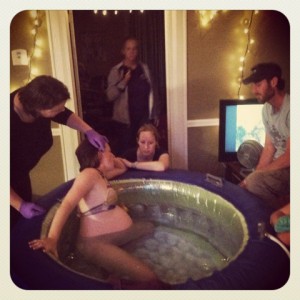 Here’s the part where I vomited and cried;

The emotions couldn’t be kept in even if I tried.

I was feeling over it and tired;

The contractions were more intense than I desired.

But then it got even harder,

so I told Diana to break my freaking water.

I got on my back and she tried;

it didn’t work – it hurt so much that I cried. 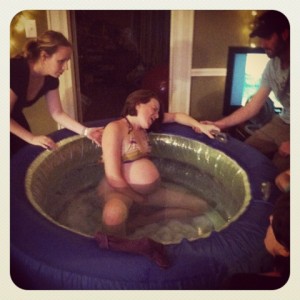 My contractions were out of control,

and I felt that I’d never reach my goal.

However, I decided to buck up and be brave,

I got on my hands and knees after the next wave.

I decided that I was going to break my water,

so I started pushing in hopes it would bring my daughter.

At the next contraction I had a gush and the urge to push;

I went to the pool and got off my tush. 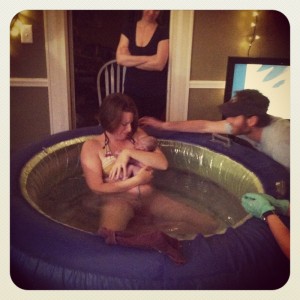 I got in the pool and put my fingers inside,

and felt my baby’s head while my body opened wide.

After pushing again her head was right there,

I started chanting “gentle” so I wouldn’t tear.

I pushed as slowly as I could,

but one more push brought her head – It didn’t feel good!

Her body flew out after I cried out for aid,

she was placed in my hands and in my arms she stayed. 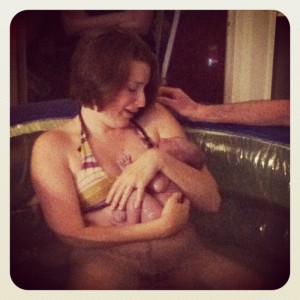 I was overjoyed and relieved to see my Eden,

and it felt so good to feel her on my hot skin.

A few minutes later she latched on,

and I realized that it was just after dawn.

It was meant to be that my daughter,

all 7 pounds 2 ounces, would be born at home in the water.

And now I exclaim, as I write this tonight,

“HAPPY BIRTHING TO ALL, AND TO ALL A GOOD-NIGHT!”

I am grateful for all my friends and family that watched over me while she was born. Eden and I had a beautiful birth.

What app did you use for the contractions at the top of the post? It looks handy!