A few weeks ago I watched a bootleg copy of the 19 Kids and Counting episode that featured Josh and Anna Duggar’s 2nd Homebirth. It was on YouTube, but now it has been taken off because TLC probably didn’t like that very much. If I had cable, I would totally watch their show.

I am thrilled that they chose to have their second son at home, on national television. I think it is helping America become aware that homebirth is common and mainstream like it always used to be.

The following are 5 lessons I learned about birth from watching Anna Duggar’s 2nd homebirth. 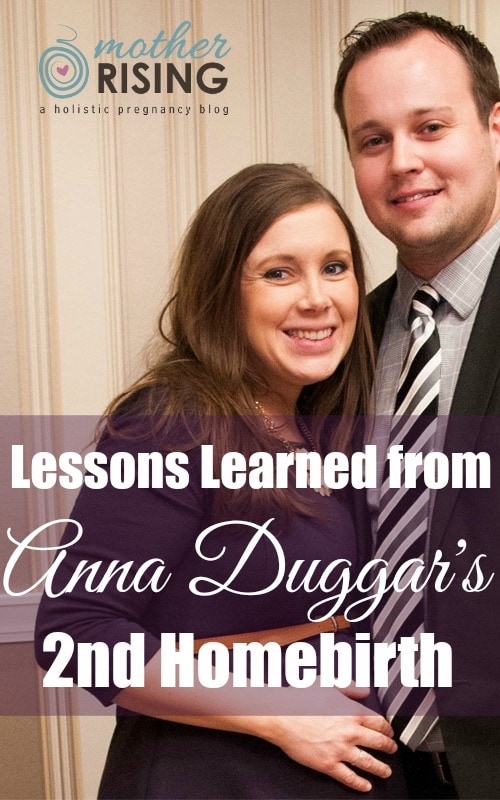 Lesson 1:  Don’t travel long distances once you are full term.

In Anna Duggar’s last weeks of pregnancy both Anna and Josh were traveling around the nation with Josh’s parents and siblings on their tour promoting their new book A Love That Multiplies. They went all over the place and were even at Niagara Falls. Anna was very graceful about traveling so close to her due date, of course, because they are all very graceful. But I don’t think I would have been that graceful.

If she went into labor on the road they had mapped out hospitals on their tour where they could “pop in” and have their baby. Anna also had a suitcase in case she had her baby on a bus.

Now, I am not against having your baby in a hospital or on a bus, but to not have a plan would drive any woman insane. I’m surprised that the stress of not knowing who would help deliver the baby didn’t put her over the edge.

And I’m surprised that someone who wanted a homebirth and had a previous homebirth would be so easy going about the fact she might be at the mercy of some random OBGYN.

Anna lucked out in the end, because traveling didn’t change her birth plans at all. 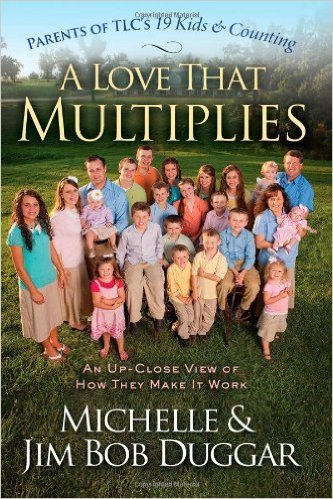 Lesson 2: Choose your care provider and birth place before you go into labor.

Because they were going on the book tour, when asked who they were going to have their baby with and where they said they were still thinking about if they wanted to have another homebirth.

I am not against changing care providers, but they said the same thing with their first birth while Anna Duggar was in early labor! With their first birth their favorite OBGYN happened to be out of town when Anna went into labor. Anna wasn’t comfortable with just anybody so she decided to have a homebirth with a midwife. I think this was the same person who taught their Bradley Childbirth class.

I’m glad things happened as they did, but I wonder why they weren’t able to verbally commit to a homebirth before labor started. TWICE! Anyways, this would be a huge problem for me, but kudos to Anna whose laid back personality served her well for her two births. 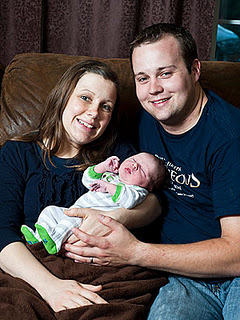 Lesson 3:  Invite birth guests you could poop in front of.

Even though the Duggars have known their film crew for years, trust them, and consider them part of the family, I don’t think having them present helped the Anna Duggar in her birth process. It was VERY obvious to me that Anna was very inhibited, remained extremely modest and didn’t “let go” because of all the people that were there.

Anna and Josh live in a small, modest home and having his mother, his sister, midwife, assistant, Anna, their first baby AND the camera crew was a bit much. I’m not saying that Anna needed to run around naked or anything, because that’s just not her, but she wasn’t able to fully let go with the (male) film crew around.

When Anna was pushing, and she pushed for a LONG time, she wasn’t able to get her baby out until she had locked herself in the bathroom with those she needed most so that she could poop. She was too afraid of pooping on national television and in front of the camera crew (rightly so) and she couldn’t really dive into pushing to get her baby out. Once she locked out the camera crew, and allowed herself to poop she gave birth to her baby boy.

Lesson 4:  The space to make a baby needs to be the same to give birth to a baby.

I’m going to go out on a ledge here and guess that Anna and Josh conceived their baby in a warm, cozy, dimly lighted environment. Maybe there was music playing and maybe they said loving words to each other. Contrast that to her birth environment and you’ll see that her birth environment was not conducive to having a baby.

There were bright lights (probably for the cameras) and people everywhere. Anna Duggar did have lots of encouragement  and I’m sure she felt very loved, but the doula in me wanted to step through the screen, turn the lights down, shush everyone and shoo some people out of the door.

Anna Duggar’s 2nd homebirth didn’t look any easier or shorter than her first. Just as this post suggests, simply because you have already had a baby doesn’t guarantee an easier time for subsequent births. The birth fairy just isn’t that nice.

Their friend Theresa was there for the homebirth. She teaches bradley classes. Her husband is a pediatrician so that's probably why she had all of the necessary tools....

I researched it yesterday and I actually have no idea who was with them for their first birth. There is much debate on whether or not it was unassisted or not. I guess I assumed there was a midwife there because there were all the tools and materials needed for a homebirth. Even a baby scale... SO, whoever was helping (doula) was probably into midwifery as well.

Kristen, yeah it looked to the nurses like you were being weird, but you definitely had a plan. Plans are good. Plan the basics, and be ready for plan a, b and c.

I thought that the first time around that some of the wishy washiness of their homebirth plans were related to the legal status of homebirth midwifery in their state. However, I see that DEMs are licensed in Arkansas. That is funny about them traveling so late in her pregnancy. As you know we traveled to Pensacola while in labor so that I could try for a VBAC. The hospital staff thought it was so odd that we had been traveling over there and just happened to go into labor at uh, 41 weeks pregnant. Oops. Our doctor of course knew why we were there. I wonder how often they see those sorts of things.