Other than having a stupid anterior placenta 😉 another piece of information I learned at my 20 weeks pregnant ultrasound was that my baby was breech at 20 weeks.

I was told not to worry and that it didn’t mean anything as far as my baby’s position at term.

The thing is, I KNOW that this is normal and I don’t need to worry… but now I find myself worrying, wondering if my baby is head down, and considering what positions I need to get my body into to make my baby want to be head down.

Worrying is the work of pregnancy, I guess. 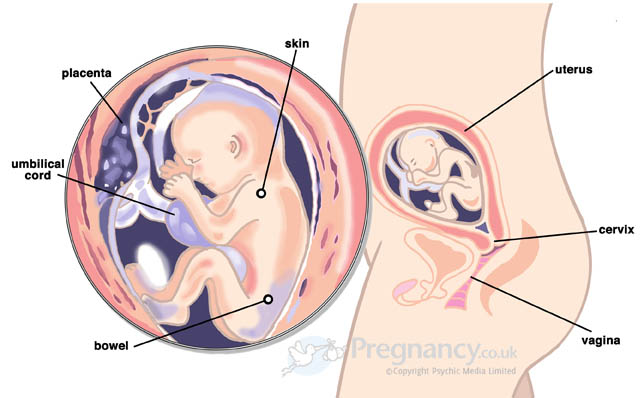 We Moms Worry… So What do We Do About it?

This ridiculous worry has given me motivation to look up breech babies on the Spinning Babies website and see what guru Gail has to say.

Of course, Gail said the same thing – to not worry – but elaborated a little bit more for us neurotic moms.

“Before 30 weeks many babies are breech. The breech baby is vertical, so the womb is “stretched” upwards. This makes it easier for the breech baby to flip to head down around 28-32 weeks. Breech is not an issue that early in pregnancy. The medical model of care addresses the breech position between 35-37 weeks, or later, if the breech isn’t discovered until later. Many home birth midwives suggest interacting with a baby at 30-34 weeks to encourage a head down position (vertex). Women who have had difficult previous births due to posterior, asynclitism or a labor that didn’t progress may want to begin body work and the forward-leaning inversion early in pregnancy (after morning sickness is gone and extra things like fetal positioning activities can be thought about).

When should I start maternal positions or body work to help my breech baby flip head down?

I favor beginning the forward-leaning inversion throughout pregnancy for all women, not waiting until a “problem” in fetal positioning is discovered. By 30-31 weeks, I highly recommend beginning the forward leaning position to encourage a head down position. After 32-34 weeks, chiropractic adjustments are suggested. Moxibustion is a technique of heating acupressure points with the glow of mugwort sticks (compressed mugwort herb in a thick, incense-like stick). Moxibustion has been shown to help breech babies flip. Using it a few times a day in weeks 34-35 show the best rates of flipping breech babies to head down positions in studies.

A detailed time line is given for introducing techniques in pregnancies with breech babies. So you can look up your weeks gestation and do the suggestions listed there if you choose.”

So, if you find your baby to be in a non-desirable birthing position (for example, baby breech at 20 weeks) prior to 30 weeks worry not. Instead, your job is to have good posture, exercise and do daily activities mentioned here.

The Daily Essentials video by Spinning Babies will provide you with over an hour of effective techniques that YOU can do daily to ease discomfort during pregnancy and lessen pain during delivery, by helping your baby into the optimal position for birth and comfort. The Inversion technique I just mentioned is demonstrated in detail along with may others.

On an unrelated note, my family went out scalloping this weekend. We had a blast! Despite what I look like in the photo (which was taken after being out in the ocean for seven hours), it was really fun. Scal 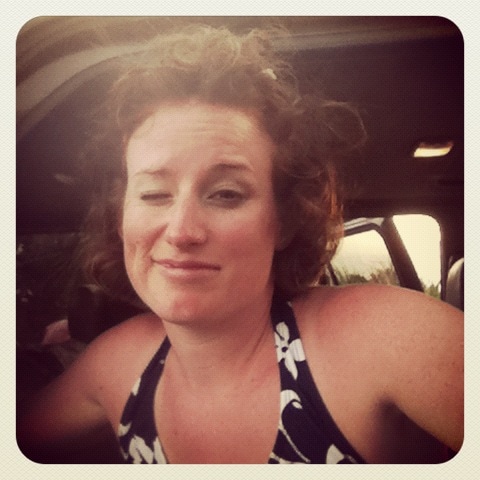