So what exactly are signs of early pregnancy? And how are they any different than what you might normally experience days before you get your period. Can you tell the difference? This post hopes to explain just that.

15 Signs of Early Pregnancy That You May Have Overlooked

The following are 15 signs of early pregnancy I have personally experienced in my pregnancies. Very early pregnancy is defined as 3 weeks (which is the week after conception) pregnant until 5 weeks pregnant (which is right about when you can get a positive pregnancy test). 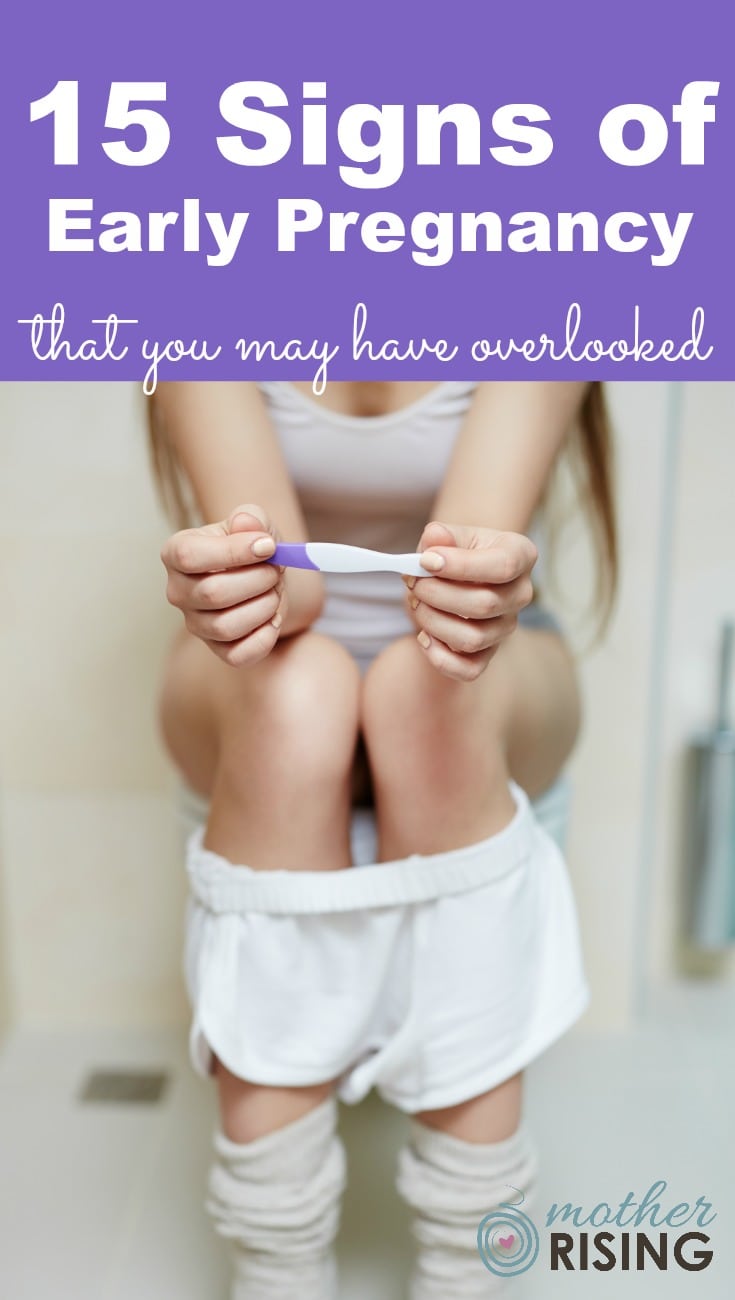 1. Waking at Night to Pee

Before I was able to get a positive pregnancy test I found myself waking up at night to go pee. I had no idea I was pregnant so I was completely oblivious that waking up had anything to do with pregnancy. I was so frustrated I couldn’t “sleep through the night”! Turns out my body was processing more fluids than usual.

Did you know crazy dreams are a common part of pregnancy? For me, intense dreams (ahem… sex dreams) are even a very early pregnancy symptom. My husband found this symptom the best one of all. 😉

Some women, however, may have emotionally intense dreams in lieu of sex dreams. Either way, they all seem very real! Typically, it’s a good thing they’re not real… if you know what I mean.

Unfortunately, insomnia is one of the signs of early pregnancy. I hate insomnia. There is nothing worse than being awake in the middle of the night, tired, but unable to fall back asleep. In fact, I remember a time I was awake from 1:30 am to 5:00 wishing to be asleep! Ugh.

If you’re hoping to get some sleep when pregnant try cutting out caffeine (or limiting it to before 11 am), blacking out your bedroom at night, removing electronics from the bedroom and even daily exercise. If none of those work, just know that it won’t last forever. 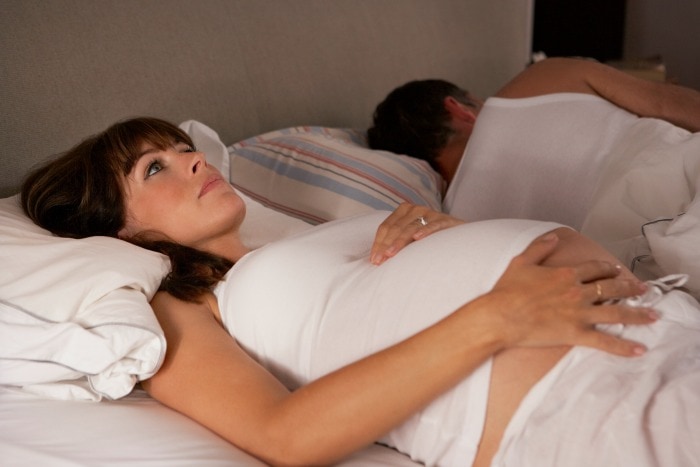 The only time I felt this in early pregnancy was when I was turning from side to side or rolling out of bed. A gentle flow yoga practice is a good way to combat this symptom.

Again, hip and joint discomfort is typically a symptom women experience later in pregnancy and not one of the signs of early pregnancy. However, I feel slight discomfort in my hips when I am newly pregnant.

The only idea I have as to why I feel this so early is because of the hormone released called relaxin. Relaxin is a hormone our body creates that prepares our joints for birth by making them all loosey goosey.

Again, a good yoga practice would be amazingly helpful. Yoga is great for the hips and other joints!

If you’ve already missed your period and you are continuing to spot it’s easy to become concerned, however, spotting in and of itself is not a reason to assume the worst. In fact, I have two children and have had three miscarriages and in every pregnancy I’ve bleed or spotted. For me spotting was not a predictor of a sustainable pregnancy. 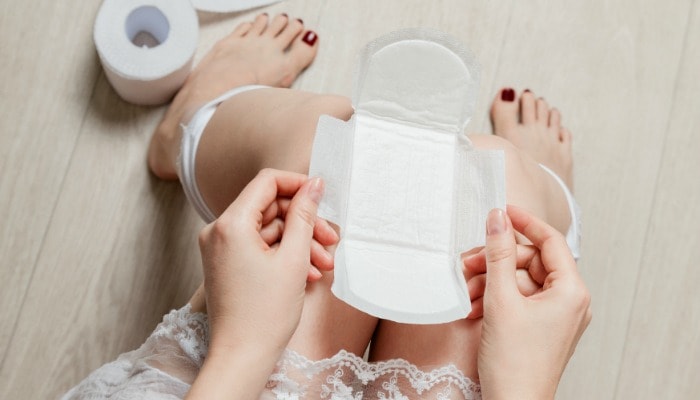 Cramping, just like spotting, can also be one of the more confusing early signs of pregnancy. Feelings of cramping right before and during your period is typical, so again, in and of itself cramping is not a clear pregnancy symptom.

However, when I have been pregnant I have had cramping every time. Once a pregnancy is confirmed I always found myself visualizing a tiny baby burrowing in my uterus making all the cramping happen.

For me, dizziness and signs of early pregnancy always go hand in hand. The dizziness I felt was always very slight, nothing too dramatic, but I always felt it.

I chalk it up to blood pressure changes, dehydration and hormonal shifts. Even if I didn’t take a pregnancy test, the dizziness was always a clear very early pregnancy symptom for me as I felt it as early as 4 weeks pregnant.

Are you feeling like everything is terrible and nothing will ever change? Crying, mood swings, irritability can all be very early pregnancy symptoms.

My advice? Make sure to go to bed at a decent time, eat, drink and take life one step at a time. Just know, things will be a little better tomorrow morning. 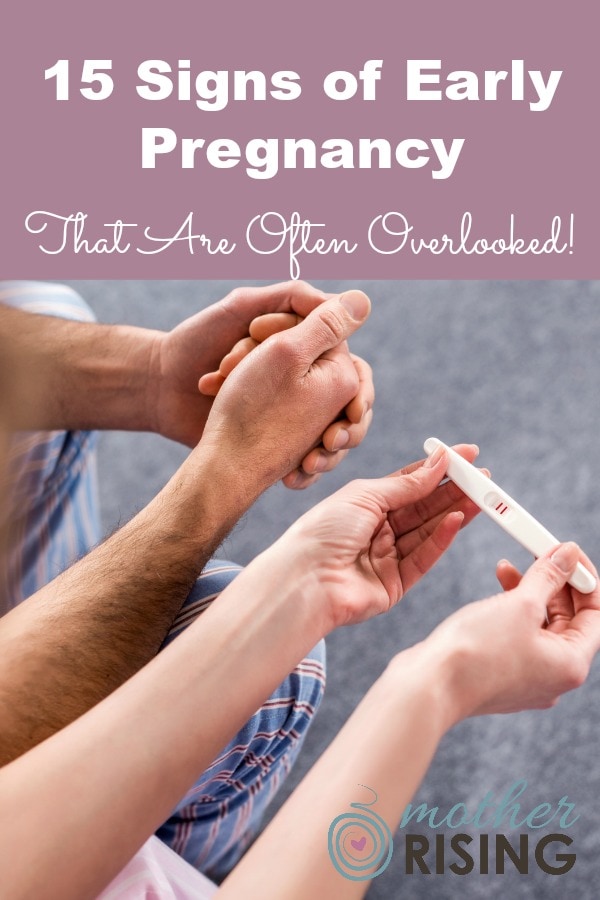 Falling asleep in your car on your lunch break? Come home from work and can’t get off the couch? Wake up in the morning feeling like you didn’t get any sleep? Yeah… making a person is exhausting and can also cause one of the toughest early signs of pregnancy.

Here are some ideas to help combat pregnancy fatigue. 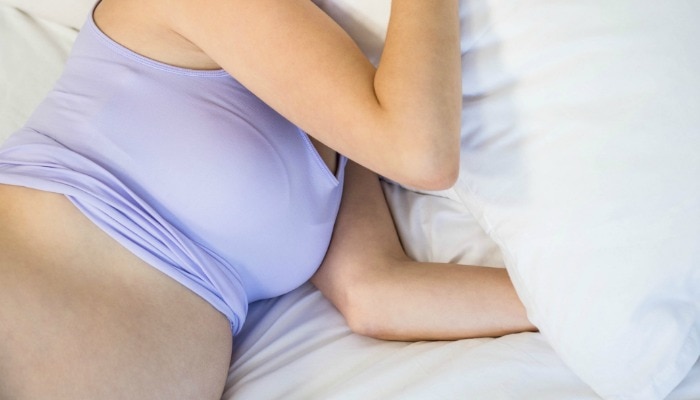 Many women notice breast tenderness as one of the signs of early pregnancy. This is due to the hormonal fluctuations required to sustain a pregnancy.

Some women notice an increase in breast size, color changes of the nipple and/or areola and even an appearance of blue veins. If you are noticing these symptoms you might be pregnant!

Another sign of early pregnancy is an increased sense of smell. I have a friend that started smelling odd things like burning dust on a lightbulb. She thought it was so strange too smell such a thing, and even asked her husband if he could smell it too. He couldn’t. Turns out she was pregnant!

Increased sense of smell is definitely one of the funnier early signs of pregnancy.

Many women keep track of their cycles and fertility by “charting” and monitoring very slight temperature fluctuations using a sensitive thermometer. After ovulation the body’s basal temperature increases by one degree or so, which if sustained over a period of a few days shows a thermal shift or an elevated basal body temperature. If this temperature stays elevated even past when you were supposed to get your period, you’re probably pregnant!

An continued, elevated basal body temperature is one of the more precise signs of early pregnancy.

Missing your period may be one of the most obvious very early pregnancy symptoms. However, it’s typically only obvious to women who have very reliable and regular menstrual cycles. If you’re anything like me, the days in any given cycle are all over the place.

The only way I know if I will be “late” is by adding 12 days (the number of days in my luteal phase (which is the portion of your cycle after you ovulate until right before you get your period) to the date I ovulated. That’s the only way I know how to predict when I’m going to get my period. If I don’t get my period by then, then I might be pregnant! 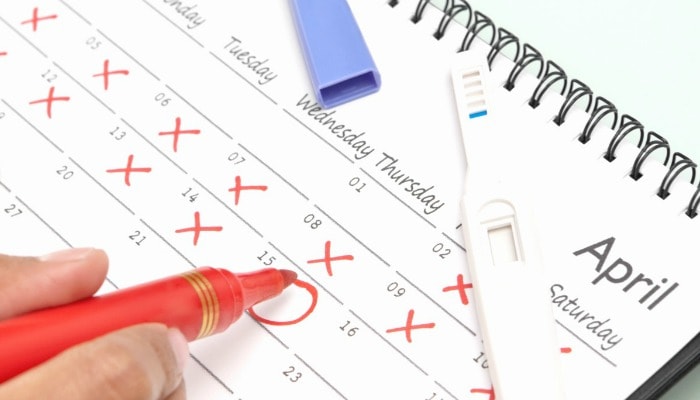 Curious as to what my favorite pregnancy test is? It’s THIS ONE.

A close runner up are these cheap pregnancy tests on Amazon! 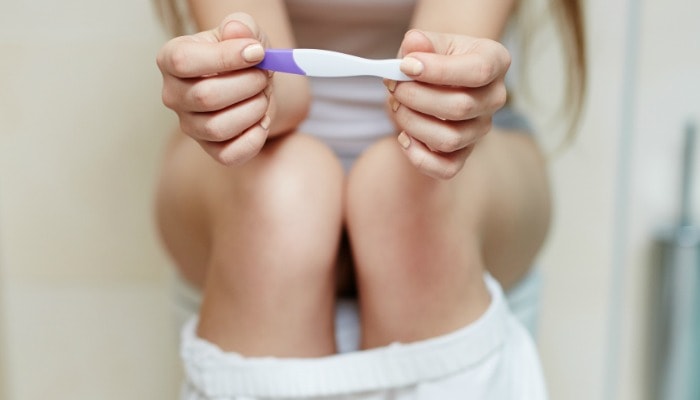 Just to re-cap, these were my signs of early pregnancy. 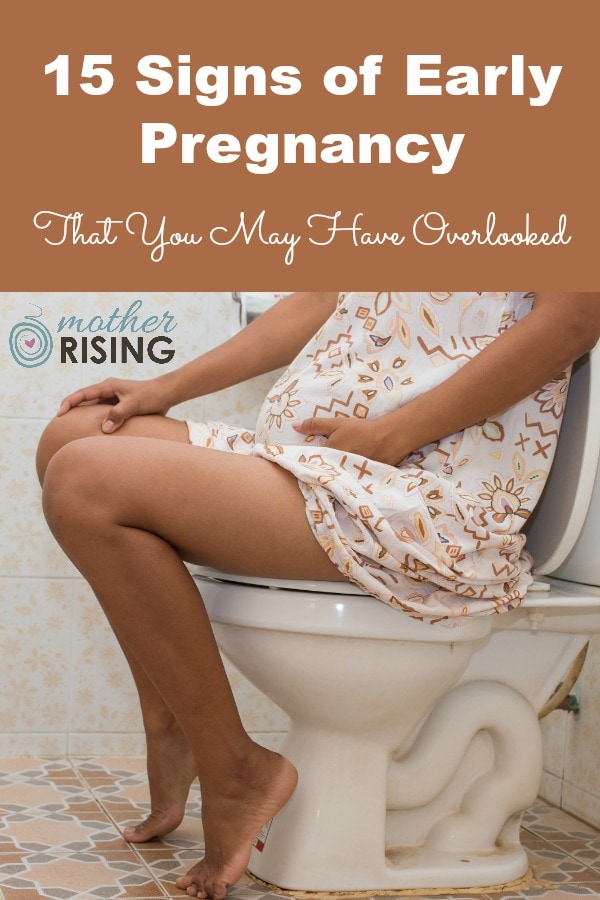 I had a kid almost 8 months ago , and I didn’t have. in a year in 3 months , but I recently had sex almost a month ago , but I had sex the day my period came off . I been having cramps , my would have pain in my back . I would get dizzy but not that dizzy . It’s been hard for me to use the bathroom . I would have little headache that would come & go . I normally don’t have yeast infection and I had one the other day . & I been staying up all day till like 5 in the morning can’t sleep for nothing . took a pregnancy test came out negative. should I wait till another week or so ? & my sister been 3 dreams of me being pregnant with a little girl . when I was pregnant with my son I didn’t have no symptoms didnt know I was pregnant until I went just for a regular check up and I was 4 in a half weeks pregnant. didn’t start having the symptoms till after I found out .

I've been having all the similar symptoms like cramping, spotting, frequent urines, insane insomnia & the most vivid dreams?? I feel like a rabbit as I'm constantly feeling aroused & I feel like something is sitting on my pelvis??

I took a pt 10 days after ovulation but came back negative but I haven't taken another yet as my periods are irregular? So I just thought I'd take another test in a couple more weeks?

The problem is, is that I was told by the Dr not to fall pregnant due to the fibroids that had developed earlier in my life (which they told me it was rare as I was 22yrs old) but now it's grown so I stopped trying? Now what do you know, the second I stop trying, I get all the symptoms. Now I'm scared to know cz of the fibroids??? Do you think I should do another test now as it's been over 3 wks after ovulation?

I have a question, but I don’t know where to ask it. I’m on birth control. I finished my period and immediately started feeling weird. I had a migraine for a couple days. It’s been two full weeks since and the last three days I’ve been nauseous. At random. I’ll get nauseous walking too. The insomnia is legit. The last three days I could not fall asleep, my boobs are tender but I’ve had tender breast during the “ovulation week” portion of the birth control. I’ve never missed a day. And even though I’m nauseous, I’m often nauseous because I’m hungry. And today I’m forever hungry. I cannot get full and stay full.

I have no idea if I’m pregnant or not. I took a test. It it came up negative. Should I wait until my next period to take a test? Or is this something I should see a doctor for? Also, my grandma had her period for five months while she wasnpregnant with my mom.

I feel out of breath. Like something I feel the need to take bigger breath. I’m very tired, I could sleep all day long, but I can’t get comfortable when I sleep at night. My hips and thighs are sore/ I feel like this pressure(i don’t know how to explain it. ) feeling a bit of pressure on my stomach. I’m very gassy. I can’t go #2. I pee like crazy, and very thirsty at night.. I feel like I get heartburn. I don’t know if I’m pregnant yet. Could I be pregnant?