Have you ever read the novel The Red Tent?

The women described in this book go to a red tent every month for a week to menstruate as a community. The only way for this to happen is that each person’s cycles were synced with one another.

The widely accepted theory implied is that just by being near one another, women’s cycles become regulated with each other, but there is a much stronger force at work than just good company. 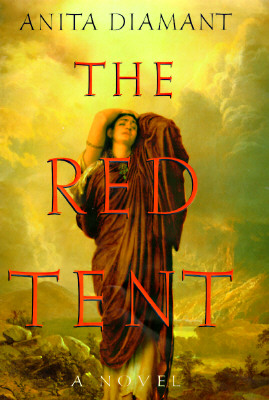 These women’s cycles were not synced with each other, they were each synced with the moon.

In nomadic biblical times, people traveled by day and put up camp by night. There were no sky scrapers, street lights, light bulbs, or any artificial light at all, but lit fires to see at night. This lack of light allowed women’s bodies to be responsive to the light of the moon. Women would ovulate with the full moon and then menstruated with the new moon. This is the natural and normal way that women’s bodies work.

Nowadays, we have nightlights, cell phone lights, street lights, clock radio lights, CD player lights, televisions, computers… and many other lights in the same rooms that we sleep. So instead of a dark room with only the moon light shining in, we are bombarded with artificial lights which negatively affect us and change women’s reproductive systems.

I first learned of lunaception through an online forum of women who have read the book Taking Charge of Your Fertility and decided to use the Fertility Awareness Method to prevent pregnancy or to conceive children. Women in this online community spoke about lunaception as a natural method to regulate their cycles (to ovulate on the same cycle day every month). 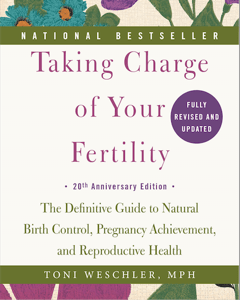 Also, many women seemed to be interested in natural methods to induce ovulation as an alternative to Clomid – a powerful fertility drug that stimulates the ovaries in an attempt at ovulation.

I was interested in lunaception to shorten my cycles. My cycle length (starting from the first day of menstruation to the day before the start of the next cycle) could vary from 29 days to 40. I was very curious as to how this would work and thought of this more like a science experiment.

My bedroom was darkened on the first day of my menstrual period, also known as cycle day one. I slept for fourteen days in complete darkness. I continued taking my temperature and observing cervical fluid as usual. I slept very well these fourteen days. I noticed nothing unusual in my fertility signs other than my pre-ovulatory temperatures were very steady.

On the fifteenth day I let light come in to my bedroom at night.

To mimic the full moon I plugged in my cell phone and set the illuminated phone on my nightstand. I slept facing towards the light.

To my amazement, after the first night of light I noticed a change in my cervical fluid. I observed a change towards more fertile fluid – egg white, lubricative, stretchy, and clear. These are the tell tale signs that I will probably ovulate in the next two to three days. This fertile fluid is a conduit for sperm. It makes traveling to the egg easier and it helps sperm live longer in a woman’s body.

After three nights of light (using my cell phone) I slept in darkness for the rest of my cycle.

The first night of darkness after the three days of light, to my amazement, I observed a cervical fluid dry up and a temperature increase which is indicative of ovulation.

This just blew my mind.

I couldn’t believe that I triggered ovulation on cycle day seventeen! I never ovulated that early!

Since I knew my luteal phase (the days after ovulation but before the start of a new cycle) was 12 days, I knew my total cycle length would be 29 days.

And it was 29 days! This was a very short cycle for me!

Since I was treating this as a science experiment, I wanted to see if this method was reliable so I tried it again the following cycle.

You guessed it, it worked again. I ovulated on cycle day seventeen.

This was unheard of for someone like me who has irregular cycles. I would have tried the experiment over and over again, however, I got pregnant that cycle with my son Gabriel. One day maybe I will share this story with him, but I have a feeling his wife may find that more interesting than he.

I would recommend lunaception to anybody who is trying to regulate their cycles, trying to get pregnant or prevent pregnancy, or to someone like me who is curious and enjoys experimenting.

I found lunaception to work one hundred percent of the time and I plan on using it again.

I need to try to lengthen my luteal phase of my cycle. Could lunaception be used for that? Or should I try to trigger ovulation earlier in my cycle, since I tend to have shorter luteal phases?

No, I don't think lunaception can help lengthen the luteal phase. I've heard of some women doing that with supplements, however. Have you tried that? If I'm remembering correctly they used b vitamins? It's been awhile since I looked into that...

After consulting many doctors I thought getting pregnant wasn't gonna be easy for me due to my health condition, few months after I read one testimony of a spell caster specialist, I mailed him and I followed the methods which he explained. Within few weeks I got pregnant naturally without any medicine. I recommend to all persons looking for natural pregnancy to give it a try. You will get the same result here >> drphilipspelltemple@gmail. com

This may explain why I've "skipped" two periods the last few months (that or the whole post-partum thing )— we've had the light on at night half the time and off and all kinds of in between. Interesting!

Interesting concept too! I always ovulate on day 15-16. Well expect for that one time and we all know who happened. Are there any benefits or reasons for someone who has regular cycles to do lunaception?