Umbilical cord milking is where the cord is pinched and “milked” during the third stage of labor in order to quickly push blood into the baby (as you would squeeze ketchup out of a packet, or honey out of a honey stick). Starting as close to the placenta as possible, moving towards the baby, a care provider milks the cord several times before the cord is finally clamped and cut, usually within 20 seconds. Umbilical cord milking is also sometimes called “stripping the cord”.

Warning! Umbilical Cord Milking Is Not What You Think 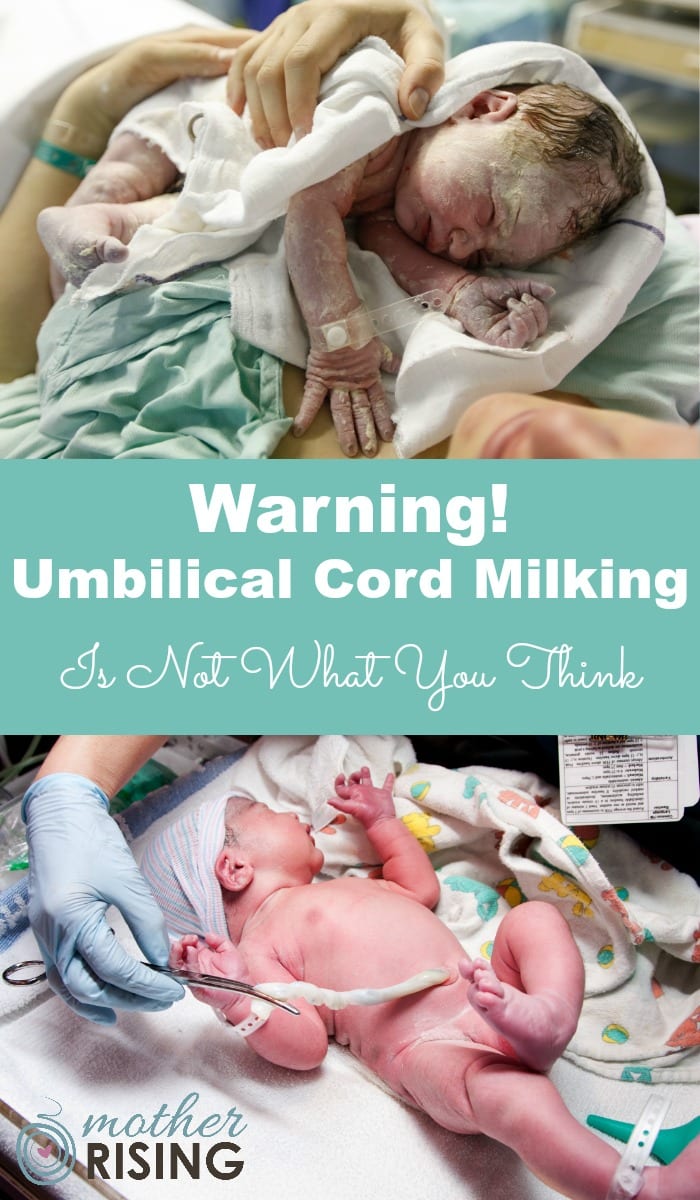 What is Delayed Cord Clamping?

Delayed cord clamping, on the other hand, is the practice of postponing cutting a newborn’s umbilical cord instead of immediately cutting it after birth. In recent years, ACOG and the AAP have both backed the practice of delayed cord clamping at birth for term and preterm infants. (This is wonderful news as when I began birth work it was a fight for women to have this request granted.)

Delayed cord clamping is awesome! It…

The Problem with Umbilical Cord Milking

In my community, and perhaps in yours too, many care providers now provide cord milking in lieu of delayed cord clamping. On the surface, it makes complete sense. Why wait minutes for blood to make its way to baby if you can push it through in seconds?

However, as you may have already guessed by the title of this article, delayed cord clamping and umbilical cord milking do not provide the same benefits.

Polycythemia can be associated with the following symptoms (SOURCE):

An Alternative to Delayed Cord Clamping?

I am surprised by this statement because care providers in my community are doing this as an alternative to delayed cord clamping, not just when its impossible. And the upsetting part is that these same care providers tout this practice as the best evidence based choice, or more often, not even informing their patients of what’s happening. 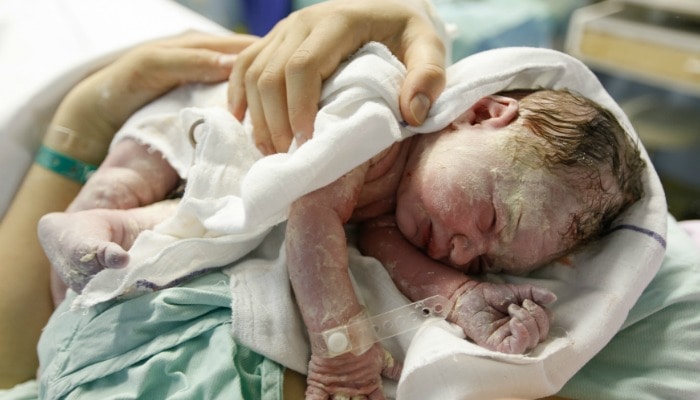 The Benefits of Umbilical Cord Milking

Umbilical cord milking is not all bad though. In a recent study, it was shown to be beneficial to preterm babies born by cesarean birth.

Although more larger trials are needed to confirm our observations, umbilical cord milking should be considered as a beneficial option for preterm infants delivered by cesarean delivery.

If I’m understanding the research correctly, and I think I am, the only time cord milking could be beneficial is at the birth of a preterm infant born by cesarean. At all other births, delayed cord clamping is preferred. 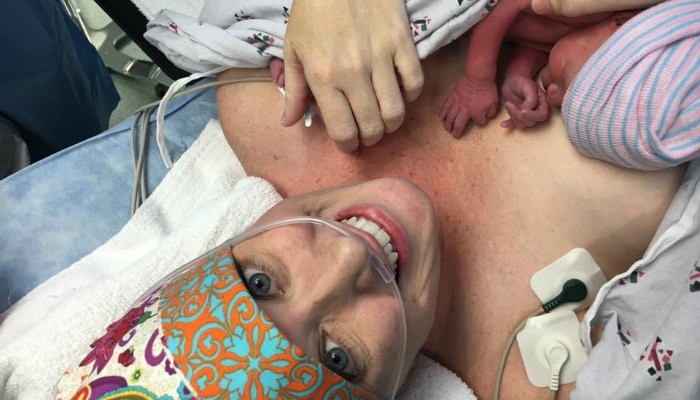 One Opinion on Umbilical Cord Milking

During my kid’s well visit a year or two ago I had a discussion with our doctor, a family doctor that also practices obstetrics, to get his take on the whole thing. In his opinion, the reason why obstetricians use umbilical cord milking across the board is because they want to do the same thing from room to room, instead doing one thing for one family and another for a different family.

As much as I appreciated his honest thoughts, I was a bit taken aback by the potential negligence of this philosophy of care. Is it too much to ask to do one thing for a premie born by cesarean birth and another in different circumstances?

Another Opinion on Umbilical Cord Milking

I had a recent conversation with a CNM (certified nurse midwife) that works at a local hospital in my community and she had some good thoughts about umbilical cord milking that I’d like to share. As a general rule, she will facilitate delayed cord clamping whenever possible. However, when DCC isn’t an option (some preterm deliveries, cesarean births, babies born with tight nuchal cords or perhaps when resuscitation is about take place, etc.) she has seen more favorable outcomes when umbilical cord milking is administered compared with straight immediate cord clamping.

Since there are no research studies on these specific instances, her choices are a reflection of her many years of experience and intuition. I really appreciate her willingness to provide individualized quality care instead of the routine “same thing for every room” mentality that I mentioned above.

Now, I’m a calm person and it takes quite a bit for me to get feisty. But a lack of informed consent, misinformation, or flat out lying to patients gets me mad.

Taking advantage of ignorance and/or the hustle and bustle of the delivery room to place care provider’s convenience above the health and wellness of a new baby… I think it’s fair to say it ticks me off.

Of all things to ask for in the delivery room, delayed cord clamping is one of the simplest things to provide a patient. Simply do nothing and wait. 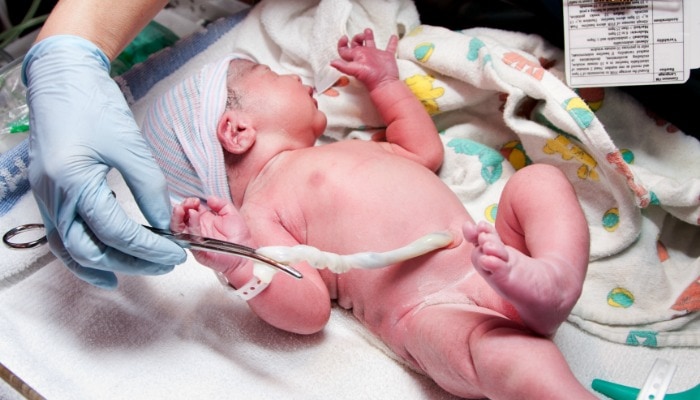 Umbilical Cord Milking Is Not What You Think

In summary, the evidence supports umbilical cord milking for preterm infants born by cesarean. All other babies, assuming normal circumstances, should receive delayed cord clamping. I know it can be challenging for some care providers to wait the recommended 2-5 minutes until the cord stops pulsing. However, the benefits outweigh the inconvenience.

Grab a cup of hot tea, do no harm, and simply wait. Healthy babies are worth it.

PS – If after reading this article you find yourself thinking that your OB may not be the best fit, that may be a sign that you need to fire your OB.

15 Signs That It's Time to Fire Your OB, NOW! | Mother Rising

Things About Hospital Birth That You Should Know | Mother Rising

[…] which has joyously become standard protocol in my community, some care providers are choosing umbilical cord milking instead, which is simply not the same […]

[…] To read more about the dangers of umbilical cord milking and what to do instead, head on over here. […]

Huh, I have not seen this, in term babies I thought it was bad....