It is important to spend time preparing for breastfeeding. What’s the big deal? Can’t we just wing it? My answer is no and here’s why.

My sister-in-law had her first baby three months before my first baby was due. I remember talking with her when we were both pregnant wondering what breastfeeding would be like – if it would hurt and how we couldn’t wait to do it.

We really wanted to nurture, comfort and feed our babies. 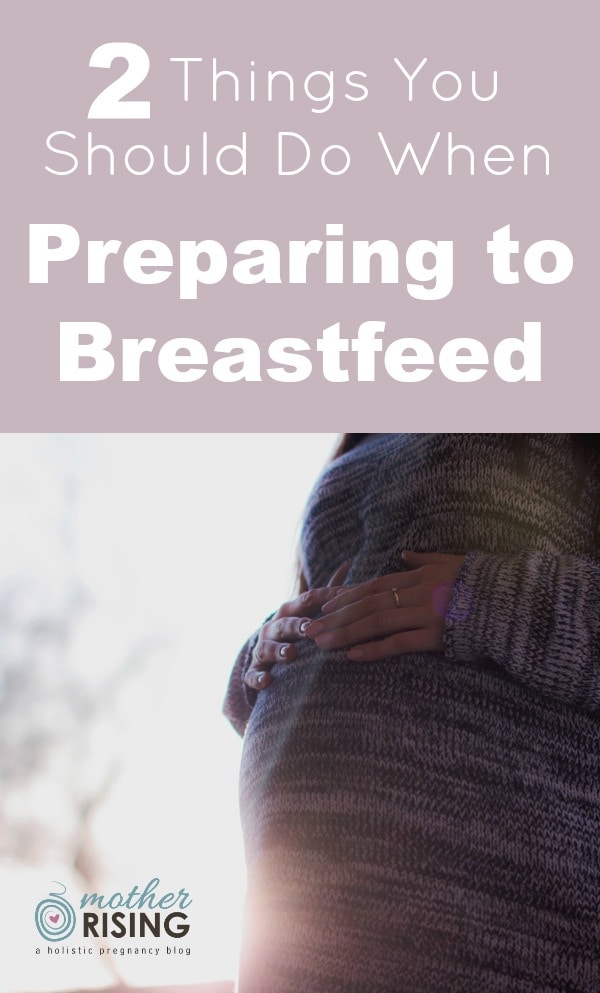 After she had her baby I went to visit and I saw her feeding her baby. She had so much milk she was actually spraying her baby in the face. I had never seen that before!

Actually, I hadn’t seen that much breastfeeding at all during my life, except for the past few years as a doula. And even then, it was pretty rare because my normal day-to-day was going to my job at a university and coming home (in all my freedom that I had no idea I had… ha!).

I have since been to a class and read great breastfeeding books and I wonder why I had such a block to learn more about what I was about to do. It would have helped me a TON.

1) I highly recommend reading at least this book on breastfeeding…

This is an easy read, and not super thick like some other breastfeeding books I own.

2) I also recommend taking a Breastfeeding Class and bringing your partner to it.

What’s All The Fuss?

I didn’t grow up seeing people breastfeed, but my mother breastfed me and my brothers so of course I just assumed I would do it too. I didn’t understand what the fuss was about and why everyone had such problems and used so much formula. I mean, just stick ’em on, right?

I lucked out and had an easy time breastfeeding Gabriel for the most part, but I totally understand why Americans “just can’t figure out” breastfeeding.

For example, a dear friend and doula client of mine’s first breastfeeding experience would have been significantly improved if she had taken a breastfeeding class and read breastfeeding books. She didn’t, and she had an AWFUL experience. (By the way, she has successfully breastfed three children!)

The book above explains more about it, but basically our mothers and grandmothers stopped passing down the information and now new mothers are on their own and ignorant.

We (us, our families, friends, care givers, etc.) have deeply ingrained beliefs that breastmilk and breastfeeding are not adequate.

So please, let this be a PSA and read a book. Take a class! Preparing for breastfeeding is worth it.

My breasts didn’t change much when I was pregnant. I don’t think they got much bigger, and as far as I know they never leaked any colostrum. They did get sore a bit, however, especially in the first trimester.

My midwife said that some women who have no breast changes when pregnant have some trouble having an adequate milk supply.

I dismissed the thought because I wasn’t about to let anything get in my way.

If I wanted it, by golly it would materialize.

So, I began our breastfeeding journey hopeful, ignorant and innocent.

[…] up seeing babies being nursed. When I became pregnant with my River I did not take any kind of breastfeeding class or read any breastfeeding books, It seemed like a simple enough process to me, I thought we’d […]

Breastfeeding From One Breast

Ohhh, what's in yur goody bags? What a good idea.

I didn't know much of anything when I had my first as well. I had taken a little Breastfeeding lecture while in nursing school & thought I was good to go. Boy was I wrong! None of my friends had babies yet. My mom & sisters did not breastfeed. I listened to some horrible advice and was pumping too much too soon. Thank goodness it all worked out. My baby shower gift is always a Breastfeeding goody bag.