Pitocin®, a synthetic form of oxytocin, is routinely given to women before, during and immediately following birth to induce and augment labor and to also prevent and treat postpartum hemorrhage. Much to the surprise of the medical community, a recent study showed that Pitocin® is linked to postpartum depression and anxiety. 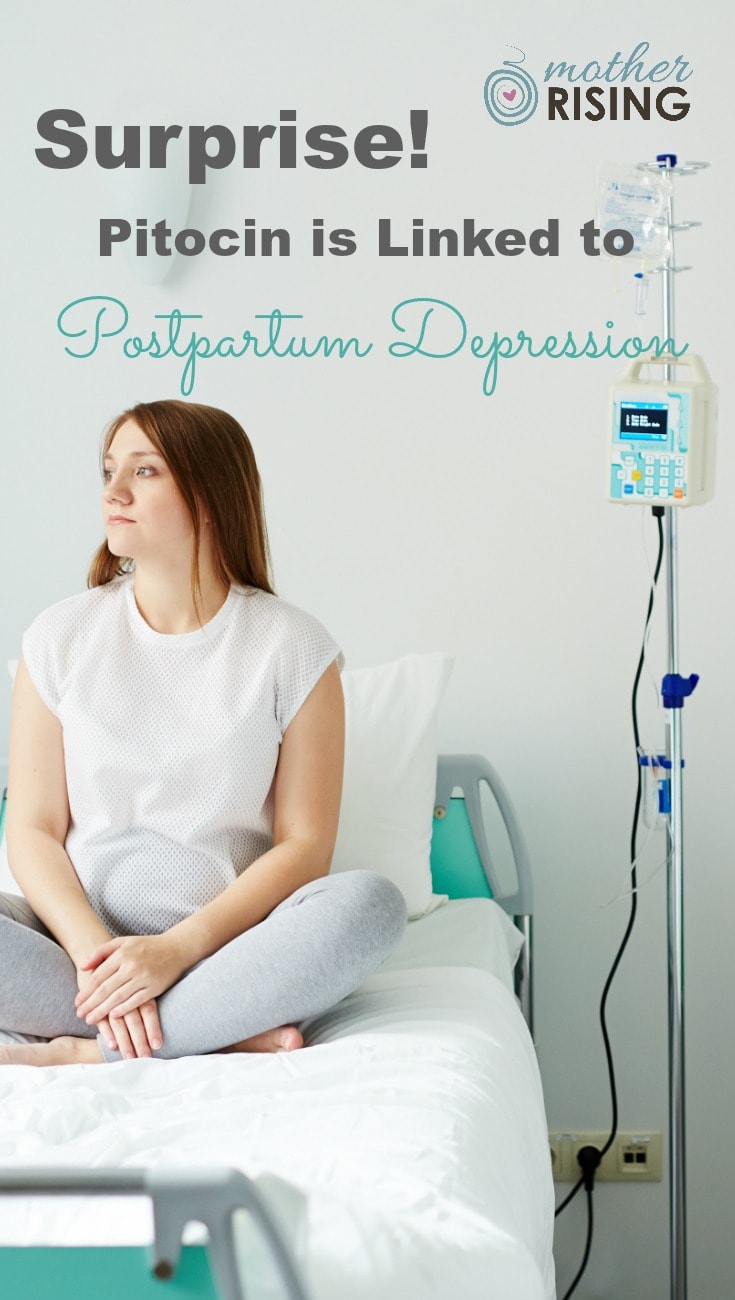 Let that sink in for a moment.

I Bet the Numbers Are Even Higher

While I pondered these incredibly high numbers, it occurred to me that the numbers may actually be higher.

The information used in the research study came from women that received a diagnosis and/or a psychotropic medication. What about those that didn’t seek help?

In my experience, for whatever reason, many women do not seek professional help when experiencing postpartum anxiety and/or depression.

How many anxious or depressed mothers never confide to their care providers about what they’re feeling? Or even worse, were dismissed and told “everything will be fine”.

It’s Not Just in Our Heads

Even if the numbers may be higher, the research as is, is incredibly validating. Ladies, what you are feeling is not “just in your head”. It’s real, and it’s a big problem (that society has no idea how to handle).

*For a list of symptoms of postpartum mood disorders please visit Postpartum Progress. (Postpartum Progress is a non-profit that aims to raise awareness, fight stigma and provide peer support and programming to women with maternal mental illness.)

Pitocin Is Not the Same as Oxytocin

The strangest thing about the research study was that the hypothesis was the opposite of what made sense to me as a mother and childbirth educator. The hypothesis suggested that synthetic oxytocin, Pitocin, would in fact lower postpartum depression and anxiety.

The underlying assumption I am gathering is that, despite the evidence, medical professionals believe that Pitocin® is the same as oxytocin.

A few years ago I was attending a Pitocin® induction at my local hospital. My doula client was struggling BIG TIME with the sudden wave after wave of strong, painful contractions. Her nurse, not knowing what else to do, told her, “this is just labor, honey”. As if what she was experiencing were normal labor sensations. How sad.

Oxytocin is Needed to Mother Well

Oxytocin, on the other hand, is helpful for coping with stress, supporting emotional and mental well-being and also helps with bonding – which are absolutely necessary for a successful transition to motherhood. (source)

Another study showed that women given Pitocin in labor had low oxytocin levels during breastfeeding. This revealed that the exposure to Pitocin® has consequences that last on into mothering. (source) 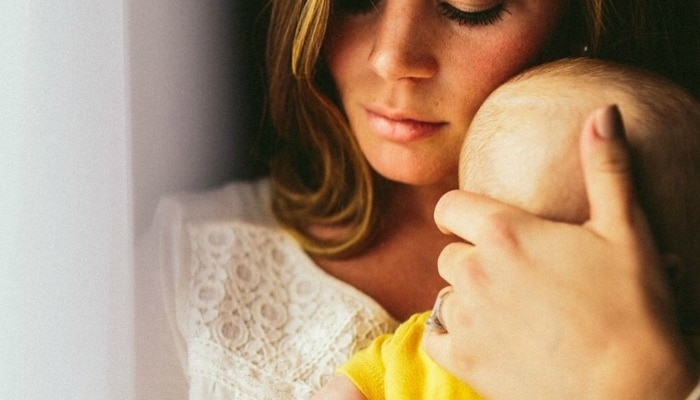 What About the Baby?

If oxytocin is an important hormone for becoming a mother and synthetic oxytocin is linked to postpartum depression, anxiety and low oxytocin during breastfeeding. I can’t help but wonder – what about the baby?

If oxytocin effects how women transform into mothers, how is this synthetic hormone affecting the baby?

How is the baby affected by synthetic oxytocin before, during and after labor?

Frighteningly, we have no idea.

If Pitocin® is linked to postpartum depression and causes a lack of oxytocin during the postpartum period, maybe it’s time to re-evlatulate the use of Pitocin® as it pertains to each woman. (Never mind the baby…) 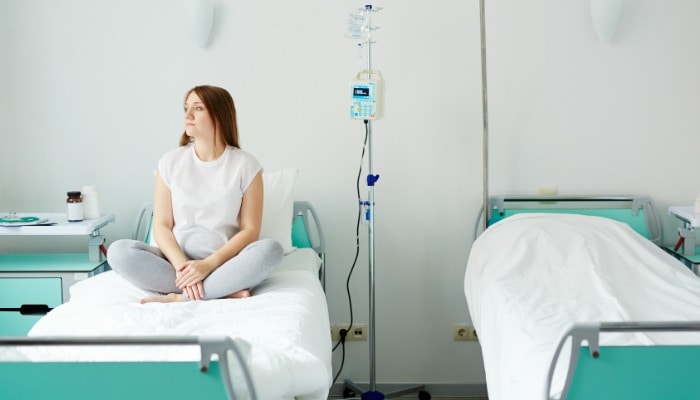 I’m not suggesting to eliminate Pitocin®, as it is an important life saving tool in modern obstetrics. (Shoot, I’ve even experienced it first hand!)  However, because the consequences of routine childbirth interventions such as Pitocin® on human maternal behavior have been understudied, it would be wise to limit the use of Pitocin® until further research is completed.

And if Pitocin® is deemed necessary, it would be wise and compassionate to provide quality postpartum care, especially to those with high risk factors for postpartum depression.

What if care providers were required to pay for 40 hours of postpartum doula services to women that received Pitocin®? I bet we’d quickly see the true motivations behind the choices made in the care of new mothers.

Oxytocin is essential for our species to thrive as mothers. Our current methods meddle with the mental health of these new mothers – the backbone of society.

Is the crumbling mental health of new mothers important enough for us to take action?

Thank you so much for reading! Please leave a comment and let me know your thoughts.

[…] is also linked with an increased risk of postpartum depression. Yet again, I bet your provider didn’t tell […]

Thank you for this article! I was given pitocin after my 100% natural birth because of some bleeding. Finding out the link between the two has made me understand why I struggled SO much for the first three months of my first son's life (which I write about in my birth story on my blog projectpromom.com). I really hope that articles like this help mamas to become more aware of the harmful effects of these drugs and interventions.

[…] One of the most surprising things to me in the first study I showed you clips from was the fact that the hospital-birthed babies had higher rates of abuse after birth.  It seems that something about the hospital birthing process made mothers more prone to stress or depression, or…something.  This later study might have the answer: Pitocin® is linked to postpartum depression. […]

Additionally, it has always been my opinion/intuition/observation that the depression is often in moms who have planned and hoped for natural births without medical interventions and been coerced into agreeing to pitocin. The depression that results includes the dehumization and disempowerment that results from that intimidation and loss of control!

I'd wonder if having a birth that physically required pitocin also contributed to PPD. If you're sitting there for 24-48 hrs and things aren't going forward, and the mother is getting tired, is pitocin worse than a C-section or better? Is oxytocin production the same across all women and the pitocin reduces it - or was it already not enough in the first place, which is why the pitocin is needed?

This comment in particular: Oxytocin, on the other hand, is helpful for coping with stress, supporting emotional and mental well-being and also helps with bonding – which are absolutely necessary for a successful transition to motherhood. (source) Another study showed that women given Pitocin in labor had low oxytocin levels during breastfeeding. This revealed that the exposure to Pitocin® has consequences that last on into mothering [ source] - https://www.ncbi.nlm.nih.gov/pmc/articles/PMC3947469/ ---- ^Well, that's a big assumption. How do we know there was just not enough being produced by the mother to begin with? The brain actually inhibits the distribution of oxytocin during pregnancy to prevent preterm labour.

QUOTE FROM THE SAME SCIENTIFIC JOURNAL SOURCED IN ABOVE CLAIM: Profound changes occur in the oxytocin system during the perinatal period.5, 6 To prevent preterm birth, oxytocin neurons are kept quiescent during pregnancy through inhibitory mechanisms. The peptide oxytocin continues to accumulate in the posterior pituitary, and at term those inhibitory mechanisms are removed for labor to occur

One's body might just not provide enough of the hormone to get the job done. Remember, women used to die in childbirth by the thousands.

If they studied whether or not the birth was traumatic to the woman with or without pitocin, or if she had other births that did not require pitocin, and checking her oxytocin levels after THOSE births, then I'd be more convinced.